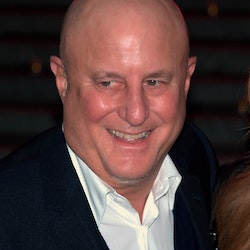 Ronald Owen Perelman is an American banker, businessman and investor. MacAndrews & Forbes Incorporated, his company, has invested in companies with interests in groceries, cigars, licorice, makeup, cars, photography, television, camping supplies, security, gaming, jewelry, banks, and comic book publishing. Perelman holds significant shares in companies such as Deluxe Entertainment, Revlon, SIGA Technologies, RetailMeNot, Merisant, Scantron, Scientific Games Corporation, Valassis, vTv Therapeutics and Harland Clarke. He previously owned a majority of shares in AM General, but in 2020 sold the majority of his shares in AM General along with significant works of art, in light of the impact of the economy on the high debt burdens many of his companies have from leveraged buyouts. In early 2020, Revlon, acquired by Perelman in the 1980s, undertook a debt deal. Previously worth 19.8 billion in 2018, Perelman is, as of September 2020, worth 4.3 billion. 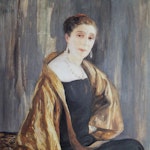 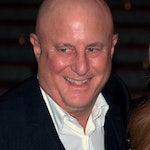