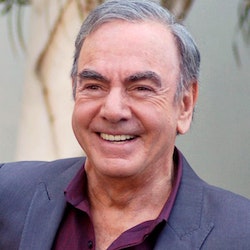 Neil Leslie Diamond is an American singer-songwriter, musician and occasional actor. He has sold more than 100 million records worldwide, making him one of the best-selling musicians of all time. He has had ten No. 1 singles on the Hot 100 and Adult Contemporary charts: "Cracklin' Rosie", "Song Sung Blue", "Longfellow Serenade", "I've Been This Way Before", "If You Know What I Mean", "Desirée", "You Don't Bring Me Flowers", "America", "Yesterday's Songs", and "Heartlight". Thirty-eight songs by Diamond have featured in the Top 10 on the Billboard Adult Contemporary charts. He also played in movies such as The Jazz Singer, a musical drama film. 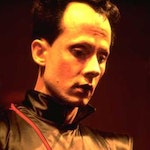 Klaus Sperber, known professionally as Klaus Nomi, was a German countertenor noted for his wide voc… 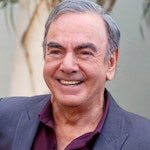 Neil Leslie Diamond is an American singer-songwriter, musician and occasional actor. He has sold mo… 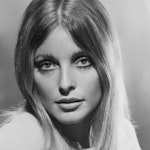 Sharon Marie Tate Polanski was an American actress and model. During the 1960s, she played small te…