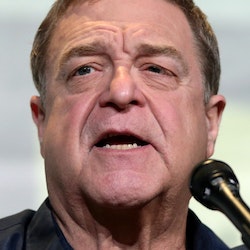 John Stephen Goodman is an American actor. He played Dan Conner on the ABC television series Roseanne, for which he won a Golden Globe Award for Best Actor in 1993, and reprised the role in its sequel series The Conners. He is a regular collaborator with the Coen brothers on such films as Raising Arizona (1987), Barton Fink (1991), The Big Lebowski (1998), O Brother, Where Art Thou? (2000), and Inside Llewyn Davis (2013). His voice roles include Pacha in Disney's The Emperor's New Groove franchise (2000), James P. "Sulley" Sullivan in Pixar's Monsters, Inc. franchise (2001–2021), Baloo in The Jungle Book 2 (2003), George Wolfsbottom in Clifford's Really Big Movie (2004), Layton T. Montgomery in Bee Movie (2007) and Eli "Big Daddy" LaBouff in The Princess and the Frog (2009). 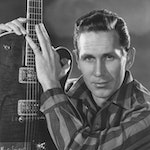 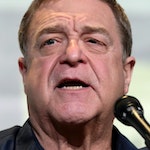 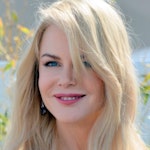